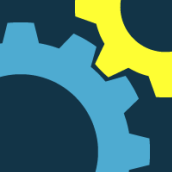 Austin Sanders is the Philippines team lead for impl. project. Before working with impl. project, Austin served in the U.S. Army as an Infantry Officer, where he deployed to Afghanistan twice with the 75th Ranger Regiment. Austin is pursuing a Masters in Information and Data Science from the UC Berkeley School of Information.

Starting work with impl. project opened my eyes to new perspectives on conflict and the importance of conflict prevention. I initially learned from my experience as an Infantry Officer with the 75th Ranger Regiment, that engagement with armed, non-state actors, presents a challenge that the international community struggles to solve. Working with impl. project, I learned that preventing young boys from joining violent extremist organizations (VEOs) starts with community development and not military offensive operations.

Leaders want to preserve their fighting capabilities because of scars from decades spent fighting with the government. Simultaneously, violent extremists attempt to capitalize on this delicate situation by preying on impoverished communities vulnerable to violent radicalization.

In 2015, impl. project began creating data-driven, community-led solutions for areas vulnerable to Islamic State-affiliated groups in Mindanao. The impl. project Philippines Mindanao team consists of Meranaos; a local tribe familiar with the struggles of the Lanao region, and works in areas untouched by most NGOs. Impl. project goes into these communities and conducts thousands of in-person surveys to understand the root causes of problems threatening stability and resiliency.

The team meets with key leaders from each barangay (a Philippine village), and conducts focus group discussions and site assessments around the quantitative survey data. The impl. project team creates a plan to strengthen the communities and limit the impact of local conflict and poverty through data-based, targeted programming design. Programming solutions have included skills training for out-of-school youth (OSY), education assistance, infrastructure projects, access to potable water, food subsidies, and medicine distributions.

Local leaders take ownership of the programming plans and implement projects to assist the communities and decrease the influence of the Islamic State in these areas. The Moro people do not need military pressure to sustain peace. They need access to sustainable livelihoods and basic human necessities.

Madamba barangay has one primary school without a government-accredited teacher, and the nearest secondary school is more than two miles away. The barangay’s high school graduation rate is 3%, producing a high number of OSYs (the primary target population for DI recruitment). The impl. project team asked what the OSYs do daily, and the response was, “some farm with their fathers, and some do nothing.”

A renowned Maranao quote, “So pamikiran a di matetembang na kalamalama a shaitan”, translates to, “An idle mind is a playground of a devil.” The Madamba community needs to keep young boys in school and on track to gain tangible skills to provide for their families. The impl. project Philippines team partnered with the AFP CMO team to provide 300 notebooks, 300 pens, and boxes of chalk for their classrooms. Additionally, we are contracting two alternative learning system (ALS) teachers to provide essential support to the community. This educational and livelihood assistance will decrease the opportunities for resistance groups to take advantage of these youth.

Another Maranao quote, “Da Bali tano ko kalilintad o phatay tano sa kaor” translates to “We have no use for peace if we die of starvation.” The 8-year-old peace deal only works if the BARMM can provide the necessary resources to the region that it is supposed to support. This presents an obvious opportunity for civil society to fill the gap and provide the critical assistance needed to maintain peace with the MILF community in Pualas. The impl. project Philippines team distributed five sacks of fish feed for the community fish farm to improve the community’s food supply. We will also provide fish fingerlings and additional fish feed to help create a sustainable source of nutrition.

This model of community-led intervention has proven successful in multiple other communities across central and western Mindanao. In 2015, impl. project learned that young boys in Barira, Maguindanao, were forced out of schools to help their fathers farm because the community lacked the necessary farming infrastructure to prevent crop rot, necessitating a swift, labor-intensive harvest and sale of their produce. Impl. project organized the farmers into a cooperative and provided the capital for a solar dryer and a storehouse, allowing young boys to return to school. Community revenue went up 248%, and the number of boys attending high school increased by 68% over the next two years. This newfound community cohesion demonstrated further success when the community banded together against an Islamic State threat in late 2016 and denied the terrorist group a safe haven in their community.

In 2018, impl. project helped create a construction cooperative in Piagapo, Lanao del Norte. Impl. project was able to help train OSYs in basic construction, electrical wiring, masonry, and other important trade skills. As a result, the community has grown increasingly resilient to DI, with affiliated fighters continuing to surrender in 2022. In 2020, impl. project again conducted similar skills training for 105 OSYs in Butig, Lanao del Sur (the home of the Maute Group), to assist in the Marawi City reconstruction efforts. Graduates formed their own cooperative focus on agriculture sustainability, and the Butig community has shown resilience to extremist activity since the 2017 Marawi Siege.